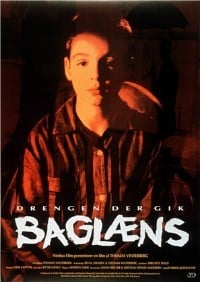 “You have to mind where you thread.If you thread on a crack, everything will shatter. The whole world would die. That is what happened to me ….not the whole world, but almost!”

A big birthday party. Nine-year-old Andreas and his older brother Mikkel drink martinis and prepare to put on a show for the guests of their parents. They go on stage  and perform  a sketch – everyone laughs – the boys are a huge success.

Early in the morning,  the house is still filled with guests, but the boys’ father has to head to work despite a raging hangover from the party the night before. He climbs on his motorcycle with his older son, who he will drop at school. They drive off   … and then a crash… a traffic accident… Mikkel dies …

The family loses a son, Andreas loses his brother and a role model. He is in shock and, in his grief, creates a fantasy universe where he can communicate with his deceased brother using a used juice box as an imaginary walkie-talkie. After seeing a documentary film on the TV that features a reverse  action in which a building is destroyed and then re-built, he decides to try to get time to move backwards — hoping that if he succeeds  he will be able to go back in time and prevent the horrible accident that took his brother’s life. 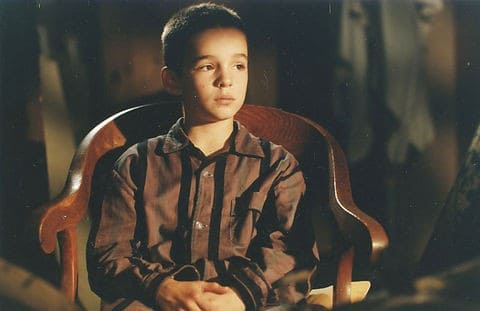 This is the storyline of the 1994 Danish TV drama The Boy Who Walked Backwards. Directed by Thomas Vinterberg, the 36-minute film deals with the  difficult subject of children and grief. The manner in which Andreas tries to heal his sorrow, with the help of his imagination, is a central theme of the film. The boy is faced with a challenge – to grow and mature without the protection of his older brother –  and to come to terms with his death.

Combating the fears of change is a frequently addressed theme in coming of age films. In The Boy Who Walked Backwards, the poignant acting of the young Holger Thaarup as Andreas — combined with the intriguing musical score of Nikolaj Egelunds, the skilled camera angles and the excellent editing  — result in a wonderfully told story which I don’t hesitate to recommend to viewers of all ages.