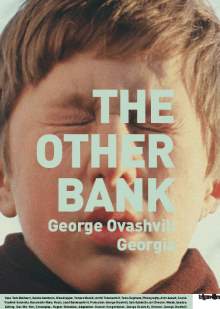 Once again I see a film after being enticed by its trailer; that and my curiosity to watch a Coming-of-Age story that is both set and produced in Georgia and Abkhazia. The protagonist of the 2009 Georgian film The Other Bank is the 12-year-old Tedo (Tedo Bekhauri), a war refugee struggling to make a living on his own. In the capital city of Tbilisi, the boy does odd jobs at a local garage earning little and keeping hardly anything for himself, giving most of the money to his mother, who otherwise would be selling her services as a “lady of the night” to rich people.

One day Tedo’s friends (refugee boys like himself) convince him to join their petty thievery – a decision which has disastrous consequences when one of the boys is caught in the act.

The Other Bank Trailer

Essentially for the major part of the film we follow Tedo’s journey, witnessing his encounters with various people who, much like him, bear the scars of the war. In some aspects, the film is similar to Paul Feig’s 2003 film I Am David, sharing the basic characteristics of a road movie: a protagonist seeking escape from the world/or situation he lives in and who attains redemption on the way to a supposedly better place.

Unfortunately, while the restricted narration utilized in the film allows the viewer to sympathize with the young Tedo, the emotional involvement with his story and fate is not easily attainable.  One can’t blame a lack of  character development as, by the time the final credits roll, one does have a solid idea of the young refugee’s personality. The viewer gets to know the region of the world where the action takes place  as well as attaining an idea of the way an armed conflict can affect the innocent. The war-town landscape is guaranteed to leave a long lasting impression on most viewers – due to its sharp contrast with the world around them. The Other Bank is best described as a Coming-of-Age road film with an anti-war message.

Lead actor Tedo Bekhauri is cross-eyed, which comes as a surprise at first sight. This handicap of the otherwise non-professional actor (The Other Bank is his first and only film) does not hinder his performance.  On the contrary, it gives his character (and the film by association) a touch of uniqueness. But that uniqueness is sadly lost when it comes to some of the scene selections. Some scenes, while beautiful to observe (a boy running down a slope with the sun setting as backdrop), are so frequently utilized in Coming-of-age narratives that one can’t help but notice their repeat appearance in different movies.

When it comes to the film’s soundtrack, though music is sparingly used, it genuinely enhances the mood of the film.  An example is a ballad of a lost childhood – filled with sadness and yet hope for a better future. The compositions used throughout the film remind me of the soundtrack of the 2007 film The Kite Runner – with its Middle Eastern flavor. It is most prominent during the display of the final credits of the film — as if to encourage viewers to reflect on the story they have just witnessed.

To summarize, while I do not consider its story especially moving, George Ovashvili’s first feature film, The Other Bank has enough appealing elements to provide a satisfying movie viewing experience.