Where eskimos live is one of those movies I have heard a lot about before getting a chance to watch it myself. Because of that, my expectations of it were a bit high. But after the final credits rolled like a minute ago. I remained disappointed. I spent most of the film trying to figure out what was happening. Horrible acting and unrealistic scenes flooded the screen, and finding a good point to praise in this film became a rather difficult task. 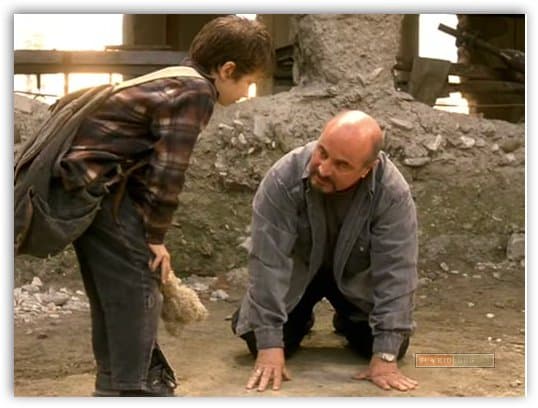 Well …ok, there were a few scenes that were well filmed, and one could get some idea of what the War in Bosnia looked like. Another good point in the movie is the performance of Sergiusz Zymelka in the role of the 9-year-old Bosnian orphan, surprisingly mature for his age. However, the acting performances of the balance of the cast resulted in my poor evaluation of the overall acting for the movie. I would suggest checking some of the other films in which Sergiusz Zymelka starred if you manage to get a hold of them, but no doubt, they will be much better than, Where Escimos Live. 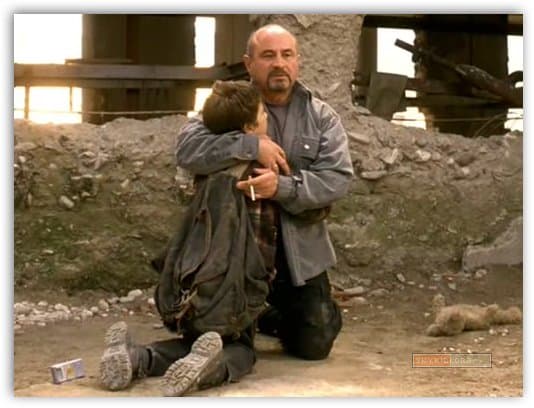 But on to my review. The story is about a criminal who poses as UNICEF official in Bosnia, trying to find an orphan to smuggle out of the country for his clients in Poland. A nine-year-old boy (Sergiusz Zymelka) who is running wild with a gang of kids, decides to accompany the man hoping for a better future in Norway where the Eskimos live. At its core, the movie plot is about trafficking children to Europeans while trying to be a war drama simultaneously, failing on both fronts. “Where Eskimos Live” tries heartily to be a harsh road movie, and probably, this is the only ground on which it reaches some success.

At one point in the movie, we see the smuggler becoming concerned for his “valuable cargo,” after spending some time with the boy and getting to know his personality, they gradually build a friendship. That development is one of the few good features of the movie.

There are some graphic scenes not suitable for minors.

In the end, will I recommend it. Not without hesitation, however, but would answer yes to the question, “Should I see it?” Even if it is only to see the performance of Sergiusz Zymelka.