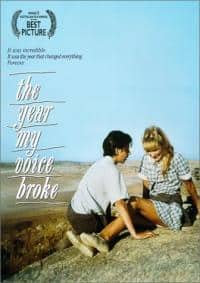 The Psychology of the Coming of Age Movie 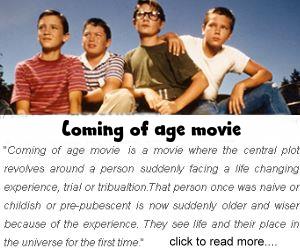 Almost all world cultures throughout history have had some type of coming of age rite of passage. In many tribal societies, adolescent men are marked with specific tattoos, piercings, or other markings after successfully completing their first hunt, while females may be similarly adorned to mark the passage from girlhood to womanhood. In more modern societies, rites of passage may have, in the past, been defined as a child being allowed to wear long pants after reaching a certain age.

In the Western world today, rites of passage aren’t so clearly defined. Coming of age has become far more individualized, and it doesn’t take a psychology degree to know that everyone’s going to see the rite of passage into adulthood in their own way. For one teenager, a rite of passage may be their first beer, or the first day of their first job. Maybe it’s moving out of their parents’ home, or their first kiss, the receiving of a driver’s license or graduation from high school. 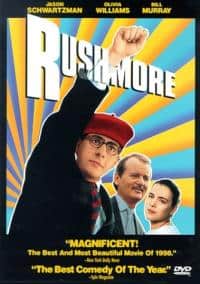 Because the Coming of Age genre is so loosely defined — in Rushmore, Max Fischer (Jason Schwartzman) is the obvious target of the movement into adulthood, but can’t it also be argued that Herman Blume (Bill Murray), despite his advancing years, is also learning how to grow up?  Determining its origins can be a little tricky, but one of the earliest examples of this category as we know it today would be the Apu trilogy.  These were not the first coming of age films, but they were among the first to be considered classics, and among the first to clearly define the staples of the genre. We see the main character make his first encounters with adult subject matter in Song of the Little Road (1955), as he discovers poverty and death for the first time. In The Unvanquished (1956), Apu encounters conflicts with his family, the fallibility of adults, and he is empowered by his own intelligence and natural abilities. Finally, in the concluding  The World of Apu (1959), he experiences sex, marriage and loss. Sex, loss, the rending of the veil on childhood illusions: all of these would become major staples of the genre. 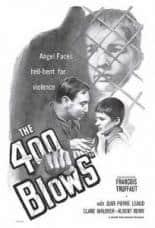 From here, the genre grew with films like the Antoine Donel series, chronicling the stages in the life of Francois Truffaut’s surrogate, from young romance and early childhood injustices to disillusionment and burdens found in adulthood.

The genre hit a peak in the mid-1980s. Around this time, directors and producers like Steven Spielberg and John Hughes made a point of glamorizing, examining and exploring the themes of adolescent friendship, sexuality and curiosity with films like E.T., Sixteen Candles, and Stand by Me, and parodied the genre with comedic subversions like Teen Wolf (sudden hair growth, new strength and an overwhelming hunger — sound familiar at all?).  These were films being made by young men who grew up and came of age at the same time they were attending films like War of the Worlds, and they often made a point of mixing those adolescent themes with the themes of wonder and awe common to the cinema.

The Coming of Age genre remains a favorite with modern audiences, though it’s taken a few different forms.  Harry Potter uses magic as a forum for aging, and Superbad and Juno focus on sex as the rite of passage to adulthood more than the Ferris Bueller’s Day Off of past generations had. Also emerging from the current generation are movies about the end of the American extended adolescence; films like 500 Days of Summer and Garden State feature characters, who, though they may look like adults, are struggling to shake off childish fantasies in order to come to terms with true maturity.

Coming of Age films are so popular, then, because they seem to fill a void in modern culture. The Western world is rife with full-grown adults who are confused about their status in life, not sure if they are truly adults or just big children. Adolescence lasts longer in the U.S. and the UK than it does in China or in tribal societies where rites of passage are made clearer. There is no finite, clearly drawn line over which young adults can cross and feel that they’ve truly grown up.  All Western adults have to go on is Coming of Age movies and stories.

Movies like Dirty Dancing, Stand by Me and Mask mark certain lines over which we all cross in life, from childhood to adolescence, from adolescence to teenager, from teenager to young adult. The experiences every individual goes through will differ from person to person, but through Coming of Age films, there is a rough guideline in place. The feelings that we can expect to experience as we get older, the “finish lines” of each stage of life are marked, and even if they’re fuzzy, they’re still clear enough to tell us what to expect.

From The Lion King, we learn that we have to stand up to the expectations set before us; Footloose teaches us to question unreasonable rules, even if our elders believe in them. The Breakfast Club urges us to look past appearances to see what’s inside our classmates, and American Pie…well, American Pie teaches us that we need to lock our doors when we’re living with our parents.

Even films like Cocoon mark a kind of rite of passage in that men and women entering their golden years often report a complete dissolution of stress, worry and responsibility after retirement, a sort of spiritual return to childhood innocence and joy. These movies show that we never stop growing and learning.

The ages, the rites of passage and the experiences are all different from one place to another, from one family to another, but in film we see that certain aspects of growing up are universal.  Coming of Age films show us that there’s always more to life than what we’ve seen so far. Daily life can grow mundane and boring very quickly; the teenage years can be very depressing and overwhelming. Coming of Age movies lend us a glimpse into our own futures, letting us know that things usually turn out alright and that life’s greatest adventures still lie before us.

For more on coming of age films please check the fowling articles :

The Benefits of Watching Coming of Age Films with Children

Coming Of Age Movies: Growing Up On Screen