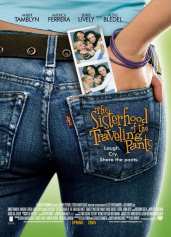 Coming of Age films frequently focus on boyhood. The definition of the genre does not exclude the coming of age experience of girls. A coming of age film is  “A film that focuses on the psychosocial development of a youth and it often involves great conflict and transformation”, as Mark put it, in my article titled Coming of age films – definition. All reviews in theskykid.com are of films that belong to the coming of age genre, yet I recognize the fact that most of the films reviewed here have a male character as a lead. The reasons for this are outlined in another article I wrote in 2008 titled Coming of age films – boy’s or girl’s thing. But I feel that a blog that focuses on the coming of age genre is not complete without also featuring articles about films in which the lead character is a girl or woman. If you’re a girl who is interested in coming of age films, you can find many of them wherever movies are rented or sold. They will give you the information you need regarding growing up, and taking on new challenges. In this post, I would like to present five films that are considered to be classic coming of age films which focus on girlhood rather than boyhood in the period of life we know as the Rite of Passage.

Audio version of Top 5 Coming of Age Films for Girls 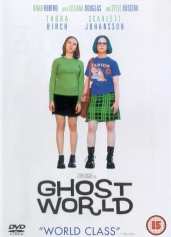 In a different sort of manner, Ghost World is a Coming of Age film, though not typical of the genre.  One critic called it “… a movie about teens, but not a teen movie”.  The critic meant that in the best possible way.  So many of the so-called “teen” movies cast the young protagonists as sort of silly, unintelligent and/or naive to the ways of the world. Not Ghost World.  The viewer meets Enid, an intelligent, cynical and thoughtful girl, just graduated from high school, and her friend Rebecca.

The main plotline has these two friends coming together, and falling apart, in the course of the movie.  It also has a sub-plot involving a sort of “girl meets boy” scenario or, more accurately, “girl meets older man”. That happens when the girls play a mean prank on an older Seymour, a nerdy man who is a collector of the old vinyl records. As things progress, Enid and Seymour find they are kindred souls and a friendship gradually evolves which helps Enid to mature and develop a different outlook on life.

This was once a comic book story, written into a movie script, and it rings heartbreakingly true. One of the friends ruins another’s life while trying to get the friendship back. This is one of the most sought after films about friendship and coming of age due to the painful truths revealed and the heartbreak prevalent  throughout the scenes.  While a “dark” film, it also has its comedic moments. 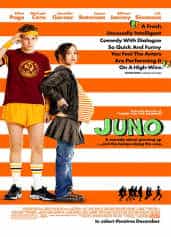 Juno MacGuff is in a tough spot.  She’s 16, in high school and… pregnant. This film is about what she does about it.

The father of Juno’s baby is her best friend, Bleaker.  While the relationship has been strictly platonic, a one-time encounter between them, in a chair, results in Juno becoming pregnant. Bleaker leaves all the decisions for her to make on the baby, and she initially decides to have an abortion. While waiting for the appointment, Juno decides she would much rather give the baby up for adoption. She looks in the Pennysaver ads to find adoptive parents and finds a yuppie couple who live in the suburbs. She decides to have a closed adoption, meaning she won’t ever get to see the child once the adoption is complete.  Due to the marital problems of the yuppie couple, the adoption doesn’t work out. Eventually, she does put the baby up for adoption, but finds herself growing ever closer to Bleaker as time goes on, while learning some of life’s lessons the hard way.

The movie is well done and presents the viewer with several unexpected plot twists and well developed characters.  Juno, in particular, is a character who starts out as perhaps a little naive to the ways of the world but ends up, by film’s end, having a much better grasp of who she is and what she wants from life than many people twice her age. 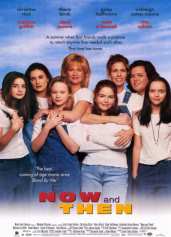 Four girls, close friends through childhood,  make a pact to be there for each other whenever the need arises. They gather, later in their lives, to celebrate the birth of one of their children, and relive one of the greatest summers they have ever had. It was the year they were all 12-years-old and growing up in a typical small town of 1970.

There have been many comparisons of Now and Then to the more popular and more economically successful film Stand by Me.  The reasons for the comparison are obvious. Both are in the Coming of Age genre, though one is about young girls and the other about boys. Both have a central plotline featuring an event in which the protagonists find a dead body.  And both films starred young actors who were very popular at the time of the respective film’s release.

4.    The Sisterhood of the Traveling Pants

Four girls who have been friends for almost all of their lives are separated for the first time over the summer vacation from school. Lena goes to visit her family in Greece, and meets a boy. Tibby stays home, starts filming a movie, and makes a new friend. Bridget is sent to a camp in Mexico, and ends up in love with one of the coaches. Carmen spends time with her father in S. Carolina, and finds out a most shocking secret.

This film is a laid back type of Coming of Age movie about four young friends who,  in an effort to stay in touch during that long hot summer,  form an affiliation that they call The Sisterhood of the Traveling Pants.  It’s called that because the symbolic bond that holds the sisterhood together is a pair of magical jeans.  Despite the girls being of differing shapes and sizes, they can all fit into the jeans which they pass on, one to the next, while at the same time passing on the adventures that each of them experiences on their vacations.

Packed with humor, sadness, and heart rending tales throughout, this was one of the most loved movies of 2005, the year this film was released. 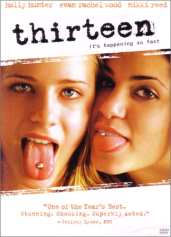 On the brink of adolescence, Tracy is a straight A student, but a naive one. She cuts classes and smokes to alleviate the emotional pain that is suffered at home. She befriends the most popular and prettiest girl in school. Evie leads Tracy into a life of  petty crimes and misbehavior. Once Tracy chooses this path, her world gets flipped upside down. It creates tension between her family, friends, and teachers to whom she was once close. Everyone tries telling her about how she is acting, but she would rather not hear it,  listening instead to her new friend Evie.

This film has a sense of realism about it, which is not surprising given the fact that the screenplay was written by Nikki Reed, who was just 13 when she wrote it.  Nikki was helped in her effort by an older lady friend of her father, director Catherine Hardwicke. The movie is about growing up in an era when children are so influenced by TV, internet and films which foster the desire in them to be popular and “in”.

I hope that you have found this article interesting and informative. If you know other coming of age  films that did not make it in this list, please tell us about them by leaving a comment on this article.