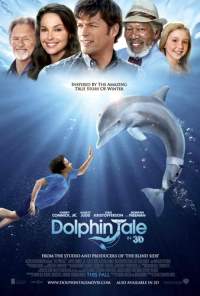 Dolphin Tale is a coming-of-age film that portrays a young boy, Sawyer Nelson (Nathan Gamble), as the friend of a dolphin named Winter. Winter is a bottle-nose dolphin that has lost its tail when ensnared in a crab trap. The movie is about overcoming adversity as any good coming of age movie should be. The boy tries to make the dolphin swim again. His idea is to create a tail that helps the dolphin swim. The movie’s cast is studded with first-class actors such as Morgan Freeman and Ashley Judd, the latter portraying Sawyer’s mother in the movie.

This coming-of-age movie was mostly filmed in Pinellas County, Florida. The main setting of the movie was the Clearwater Marine Aquarium, which is the place where Winter (the dolphin) was taken after being rescued. Other locations where the movie filmed include Tarpon Springs, Bay News 9 and Honeymoon Island.

The film was released just last week (September 23, 2011) all over the United States. It has received positive reviews by viewers and critics alike. While the movie is great for the whole family, it is mainly a children’s film. The story is based on the struggle of the character played by the young actor and all the obstacles the character has to go through in order to restore the dolphin’s tail.

While the movie shows how Winter has lost something and cannot be whole without it, the film also shows that the boy is going through the same situation. The dolphin has lost its tail and the boy has lost his mother. Both main characters (the boy and the dolphin) have experienced a major loss in their lives. The dolphin’s loss is physical while the boy’s is more emotional. The boy learns that by helping others, the pain that comes from his loss can be mitigated. 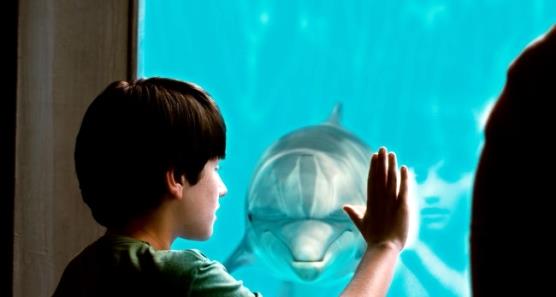 Sawyer shows deep respect and commitment to the mutilated dolphin. This makes others want to help too, which brings together the people who are trying to help Winter. While the boy is grieving the loss of his mom, he finds comfort in the tight knit group that has been formed to help.

The film shows similarities between the dolphin and the people in the community. While the dolphin experiences the loss of a “limb” or tail, the boy loses his mother. The dolphin is mutilated or crippled by the loss of its tail and there is also a soldier in the film who is also crippled. The movie centers around a feeling of community. It brings together animals, adults and children.

As the movie progresses, Sawyer Nelson learns how to cope with the loss of his mother and Winter is rehabilitated. While the dolphin gets a prosthetic tail (artificial “limb”), the boy also gets a replacement for his mother in the form of his new found family: the friends who helped him rehabilitate Winter. Thus, this coming- of-age tale helps young children learn the value of community and helping others.