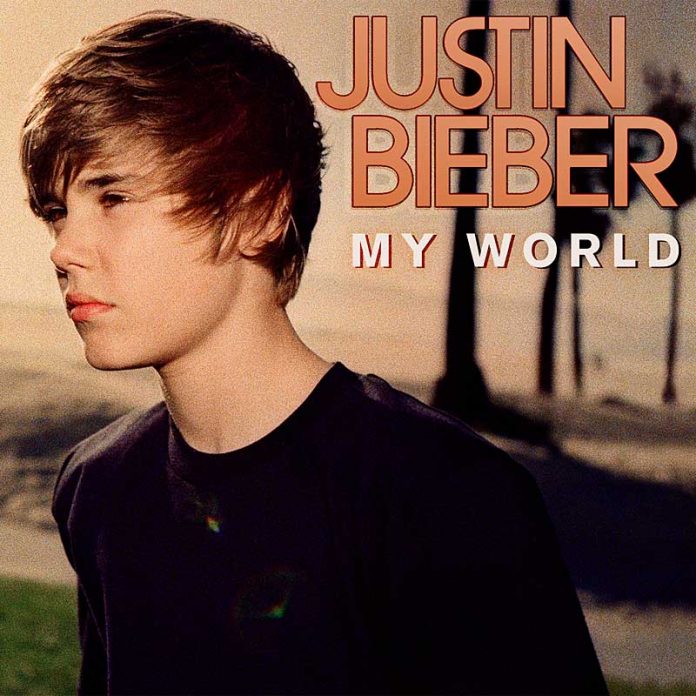 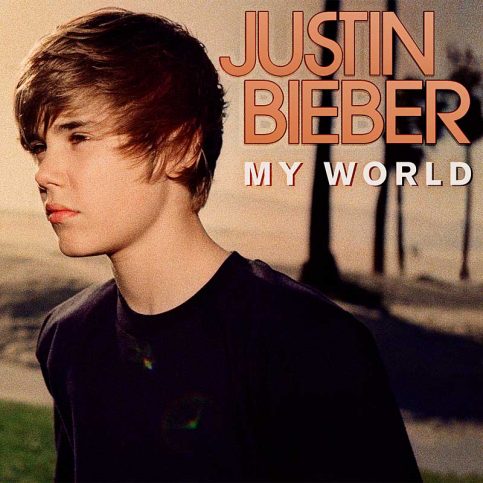 No matter if you are into pop music or not -chances are you have heard of Justin Bieber. His name seems to be popping up everywhere these days – My Space, Twitter, Facebook, radios, TV shows – this Canadian singer, his fans, and management have created a huge hype around his name and music.

Much like Troye Sivan, Justin Bieber began his career on YouTube, where he noticed Scooter Braun. The rise of young stars out of social media sites these days is astonishing. If you have been following this blog for a while, you may recall when Bestpi (one of the authors here) called YouTube:  “The Largest Casting Call in History.”

Quoting one of the many fan sites that appeared for Justin: “From social networking to iTunes to the billboard charts, Justin Bieber is already a dominating presence in the music industry…”

I got a copy of his album and will try to tell you my opinion on it after hearing the songs one by one – most for the very first time.  What I have noted, though, was the label through which the album was released – “Island Records ” – I knew it from before as the same company that used to work with Hanson during the release of their third album “This Time Around.”   Yet, due to a conflict with the producers,  the brothers left ” Island Records ” and created their own independent label, 3CG Records.  So I was curious to see the same label working with another young performer – and can only hope Justin has an experience with them that is smoother.

My world features 8 tracks – namely: “One Time,” “Favorite Girl,” “Down to Earth,” “Bigger,” “One Less Lonely Girl,” “First Dance” (featuring Usher), “Love Me” and “Common Denominator.”  Most of the lyrics are typical for teenaged performers and are about love, girls, growing up, and having fun. His style can be described as lighthearted, and the songs are quite rhythmic. My favorite song from the album is “Down to Earth” – probably because I found it the most lyrical of all.  “Love Me” has a really nice beat – in fact, it reminded me of a famous disco song ( The Cardigan’s  “Lovefool” ). The rest of the songs are fine – even if they do not really stick to me.

Typically for teen stars like Justin, the majority of his fans are girls – and I expect that some of them won’t miss their chance to express an opinion about his album in the comments to this post. While I am not considering myself a fan – I appreciate his talent, hard work, and determination. For some bizarre reason, Justin has many haters, too (I can recall a similar situation with Hanson a few years ago)….honestly, I can not understand such people. After all, no one forces them to listen to his songs.

I think that Justin Bieber deserved to have his post in my blog and leave it to share your own opinion of his music and album.

Previous article
Declan Galbraith – You and Me- Review
Next article
“Hold On ‘Til the Night” by Greyson Chance: An Album Review