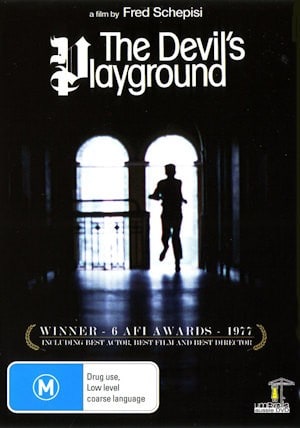 “Growing up can be a special kind of hell…”

Hearing the title of the Australian 1976 film The Devil’s Playground, one may wrongfully assume that Fred Schepisi’s directorial debut feature is a horror flick. Instead, the movie offers a somewhat controversial portrayal of life in a strict Catholic boarding school – where rules are set to be followed even if often they do not make much sense to the priests and institutions that establish them.

The controversial trait of The Devil’s Playground arises mainly from the fact that it daringly tries to address issues such as temptations and sexual frustration in both the young pupils and the “Broders” who run the institution. The film’s narrative has more similarities to Peter Weir’s Dead Poets Society than with Aisling Walsh’s Song for a Raggy Boy — despite the fact that it does not shy away from exploring taboo issues related to youthful sexuality and character development.

Like most Coming-of-Age narratives, The Devil’s Playground has a young character at its core — 13-year-old Tom Allen (Simon Burke) –- a pupil at the school who tries to follow his vocation (towards becoming a brother himself), while dealing with various problems.  These include such things as bed wetting, tardiness and resisting (or at least trying to resist) the urges that the “brothers” refer to as unnatural. The brothers themselves are well aware of the changes that occur to the body and minds of their youthful pupils, yet they have to find a balance between acknowledgment and acceptance on one side and rules and discipline on the other.

As a former boarding school student myself, I enjoyed the portrayal of comradeship and the trials and tribulations associated with living on the school grounds. The director did not opt for cheap thrills or surprising plot twists, yet the philosophical conflicts of and between the characters result in a sense of tension (of distinct kinds), which more than compensates for the former.

Cinematographically there is little to complain about as most scenes include smart use if shadows and shades. I enjoyed the usage of lights, especially in the scenes chosen for the artwork of the film’s poster. 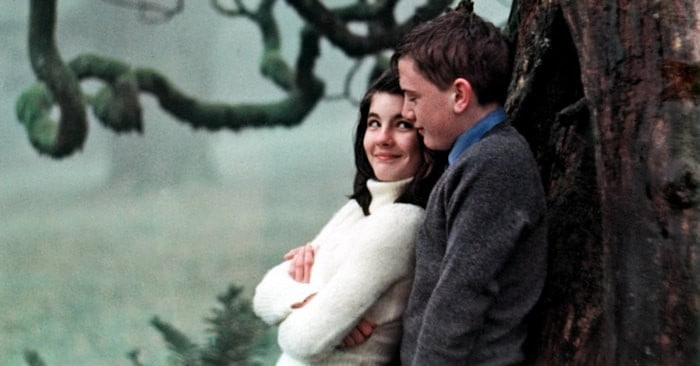 Even though the film was released more than 30 years ago, it addresses universal issues that are as valid today as they were back then. The film features some scenes with nudity, yet nothing exploitive and nothing that really is very controversial on its own.  The characters are well developed and portrayed by the director and cast yet, for some reason, I was not able to associate with any particular one – remaining an outside observer of their experiences, which is not the ideal outcome of a Coming-of-Age film. 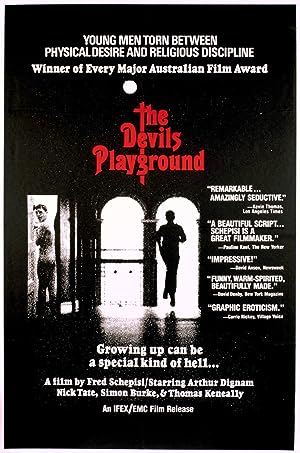 Facebook
Twitter
WhatsApp
An accurate portrayal of comradeship and the trials and tribulations associated with living at a boarding school.GeorgiThe Devil's Playground (1976)
TheSKyKid.comYoung talent in the movies and the arts