In 1967, Disney released a dumbed-down animated adaptation of Rudyard Kipling‘s Mowgli books: The Jungle Book. It’s not widely regarded as one of their greatest animated features and, indeed, by today’s standards it looks like the period piece that it is. But it was one of my favourite films as a child and I now realize that it was seminal to my interest in vintage cinema.

Some have suggested that the only reason for its enduring popularity lies in its being Walt Disney’s swansong (he died during post-production). I disagree. While it undoubtedly benefited from Disney’s personal input, having that intangible charm their subsequent animations lack, for me it was the musical score by the Sherman brothers (who also did Chitty Chitty Bang Bang, The Aristocats and other classics) that made the film outstanding. Even today, most kids in the western world can at least hum the tune of The Bare Necessities and I Wanna Be Like You. I rest my case. 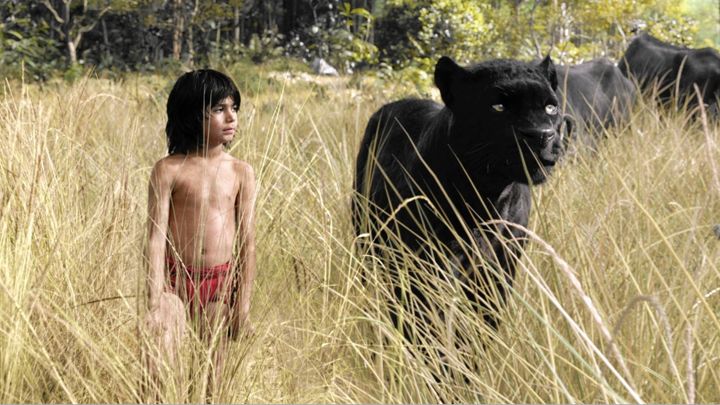 This is the tale of orphaned Indian boy Mowgli, a feral child raised by a pack of wolves. The tiger Shere Khan sniffs out the “man cub” and vows to kill him. The pack decide that the child will have to return to the “man village” both for their safety and his own.

It’s a story that, in one sense, needed dumbing-down. The imagery and underlying message of Kipling’s original books looks imperialistic, if not downright racist, in today’s world. But in deodorizing the politics, Disney threw out some of the darker aspects of the tale: the struggle in the pecking order of the animals and that between the beasts and mankind. He even turned the vultures, terrifying creatures in the Mowgli books, into a caricature of The Beatles. While, obviously, I still love the merry romp that resulted, I was hoping for more from this year’s lavish re-make. 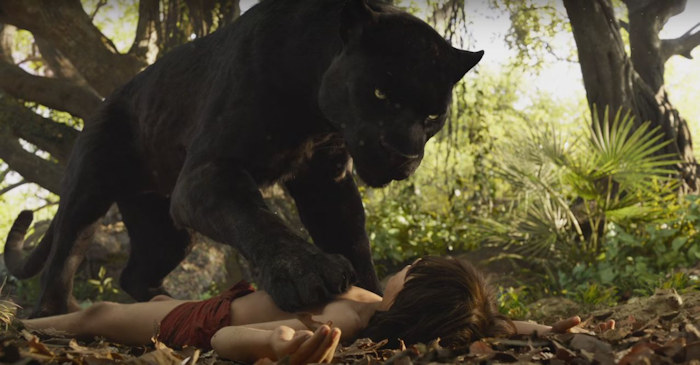 In many ways it delivers. The CGI is amazing with animation so convincing that one really does suspend disbelief and find oneself in a jungle full of talking animals. The production uses this to great effect. It is at times beautifully cute, at others truly scary – perhaps too much so for smaller children.

I should add that, being virtually blind in one eye, I can’t comment on the 3D effect. I can only relay the feedback I overheard from some of the younger members of the audience, and that was mixed – ranging from “F’ing awesome” to “Pretty lame.” I still believe that 3D cinema is an ephemeral gimmick, but then I live in a world of two dimensions. 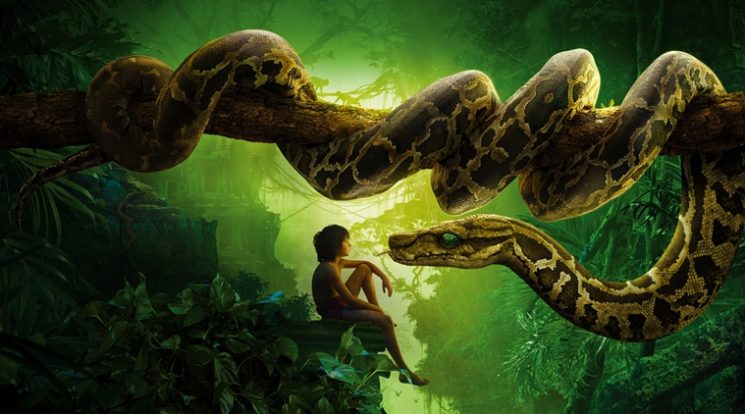 The voicing and characterization are excellent too. But it was Neel Sethi as Mowgli, the only live-action character in the film, who stood out for me. This must have been a singularly difficult role to play, even for an experienced adult actor, but young Neel handles it so persuasively that you forget that the whole thing is an illusion. He was perfectly cast here, but I get the impression that his talent is far broader. He looks like a star in the making.

I don’t know how well this film will transfer to the TV screen. I recommend catching it at the theater while you have the chance.

Yet, for all its brilliance, this production lacks a certain soul for me. I found the nostalgic references to the songs from the original rather wistful (and not a patch on the 1967 versions). And, stunning though it is, it felt at times like the visual equivalent of Canderel – convincingly sweet, but overly so; artificially so.

I grew up with early CGI pieces like Toy Story and Babe. State-of-the-art then, they look pretty primitive now, but I miss their simplicity. I left the cinema yearning for the technical innocence of yesteryear. I longed for some back-to-basics hand-drawn animation.

On my return home I put on the original 1967 version. I found myself enjoying it even more.

The Jungle Book (2016)
In short
Convincing and impressive CGI re-make of the Disney classic.
5
OUR RATING
Where to Watch
Amazon VideoAmazon DVD
Facebook
Twitter
WhatsApp

Convincing and impressive CGI re-make of the Disney classic.The Jungle Book (2016)
TheSKyKid.comYoung talent in the movies and the arts