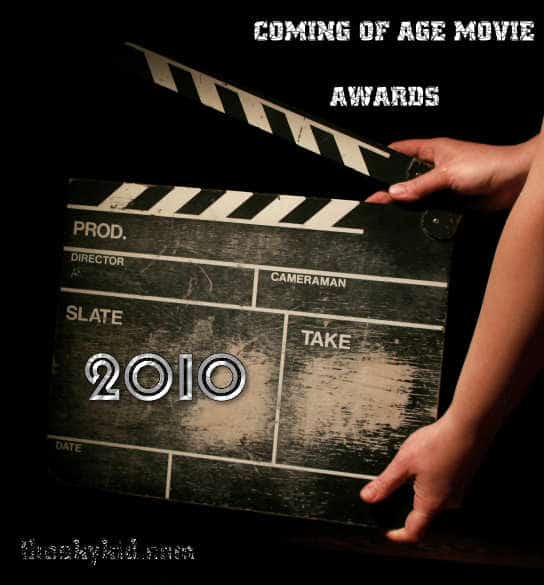 The coming of age movie awards nominations for 2010 :

Each genre deserves to have its awards. The coming of age category is no exception. For a second year, we at theskykid.com are launching nominations for various categories related to the coming of age genre. There are some differences from the way things were organized last year but, since this is only the second edition of the awards, we still have a lot to learn when it comes to organizing such awards. Maybe in a year or two we will have something like a ceremony that will take place somewhere offline, like an officially announced event.  This year, the awards will again be only online, but this should not undervalue them.  You are the ones who are going to vote for a certain film and/or an actor, so you are the ones who really matter.  These films were all made for you and voting on them will give the directors, actors, and other viewers like you some insights into what the community considers valuable in the field.

I believe that most of the titles included in the nominations will be familiar to you. If you are not sure about a certain title, feel free to use the search engine at this blog or any other such search engine to learn more about the film in question. Most of you know what films can be classified as coming of age, but for all the newbies to the genre, and for those who would like to refresh their knowledge, I recommend that you read the article entitled Coming of age films – definition.

The voting will be open until 29th of May 2010. In the meantime, you may use the form available at the very end of the nominations to nominate your own titles and actors that originally did not make it into the nominations. As soon as the official voting is closed – we will open another one powered by your user submissions for an additional viewers award.