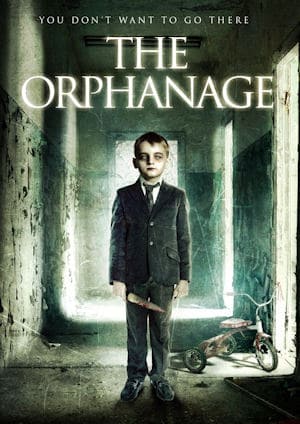 The Orphanage (also known as The Institute and Milwood) is a 2013 thriller that has somehow flown beneath my radar despite the fact that it has heavy Coming-of-Age overtones in its narrative. The cover art is misleading, at best, as it gives the impression that the film would be a horror flick in the style of the Omen (kid holding a knife looking sinister).

Instead, the film’s story is about 11-year-old Nathan Perry (Christian Goodwin) who gets sent to Milwood, an institution for young adults, after the untimely death of both parents in a car accident. There, overwhelmed with grief,  nervous and confused, Nathan becomes a victim of unforeseen terror and the unusual behavior of the people who run the institution.

Granted, portraying the fate of a victimized kid at the hands of sociopathic, authoritative adults is often a subject addressed in movies. And, while the screenplay of The Orphanage does not really present any surprises, it tends to be overly ambiguous.

There are inexplicable issues with sound (some of the dialogue is barely audible) in the first scenes which, thankfully, is addressed at a later stage ( an odd silence is replaced with a suitable score, even if some static noise can still be heard). The camera work is shaky and never surpasses the quality one expects from a low-budget TV drama (it could be editing mistakes that causes this impression).

Yet, despite the aforementioned cinematic imperfections, the story manages to engage, a suspenseful atmosphere is present, and one does not feel boredom during the entire movie. Parallels could be drawn between the characters of Chrisian Goodwin and those of Robert Naylor (Tommy LeBlanc) in Daniel Grou’s Dix et demi and Harley Cross (Dan Love) in Juan José Campanella’s The Boy Who Cried Bitch. All of the protagonists of these films have had to spend time in institutional settings after falling victim to an unfortunate event in their lives. Additionally, they all learn (as everyone does at some point) fairness in life is often just wishful thinking.

The Orphanage’s narrative is character based, focusing both on the acting and dialogue of its young protagonist. Christian Goodwin is present in just about every scene, essentially carrying the entire film. Despite being a newcomer to acting, Christian manages to portray the fragile nature of his character in a stellar manner and his screen presence is enough reason for people to view this film.  In fact, his performance outshines that of just about every adult actor in The Orphanage.

The finale felt a bit rushed while, at the same time, quite anticipated. Despite the abundance of negative online reviews,  I believe that the film’s rite-of-passage narrative and the acting of the young protagonist justifies the spending of one’s time and I don’t hesitate to recommend the film to fans of the Coming-of-Age genre. I failed to completely understand the plot at times – the fact that ambiguousness (what really happens with the kids in Milwood?) may be welcomed by some audiences who like to interpret events in their own manner. 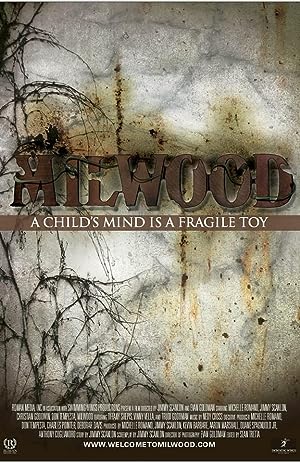 Facebook
Twitter
WhatsApp
Despite some cinematic imperfections, The Orphanage manages to engage, presenting a suspenseful atmosphere and terrific acting by its young protagonist.GeorgiThe Orphanage (2013)
TheSKyKid.comYoung talent in the movies and the arts