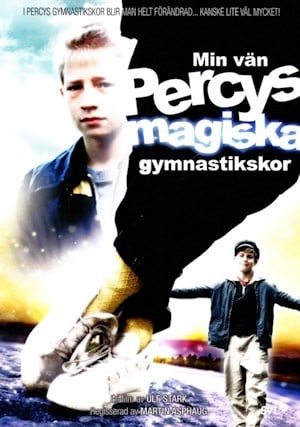 Each episode (four in total) starts with an interlude, which gives away its novelistic origins by vaguely summarizing the events that are to occur next (in rather a “teaser” rather than in a “spoiler” manner).

The lead protagonist is the nine-year-old Ulf (an angelic looking Tobias Andersson) who is really struggling to make people admire and respect him, avoiding the bullying of his older brother and win the heart of a beautiful classmate.

Yet he is shy and naïve and this often makes him the target of his classmates’ jokes.  One day a new boy comes to school – Percy. He is cool, confident, and a real athlete. In short, everything that Ulf ever wanted to be!  Ulf takes an interest in Percy, who reveals the source of his power – a pair of run-down sneakers with supposedly magical powers. Ulf knows that he has to have those sneakers, and convinces Percy to sell them to him, but at a dear price…

The story is simple enough to be followed and enjoyed by younger viewers (the target audience of the series) while, at the same time, grown-ups will find it heartwarming and touching.  It has the added attraction of “suffering from a cuteness overload” thanks to the adorable youthful cast. Tobias Andersson is natural in the lead role and so is Camaron Silverek as Ulf’s new “best-friend”, Percy.

While some would compare the common motifs shared by Ulf and the title character of the Mark Twain novel The Adventures of Tom Sawyer, as a whole childhood tribulations such as: doing dangerously wild stuff to impress your friends, dealing with bullies, daydreaming about girls or just being plain silly and/or mischievous — are universal ones. This makes it quite easy for viewers to associate and sympathize with the young prognostic of the film, even if some of his actions are less than admirable (yet mischief is the name of the game).

It’s the true-to-life story development (of the unlikely friendship between Ulf and Percy) that really won my sympathies towards the My Friend Percy’s Magical Gym Shoes. More often than not, films about childhood and growing up in the America, or even some recently released European ones, play the Good Always Wins card which, while educational, can really suck the life (fun) out of a narrative. My Friend Percy’s Magical Gym Shoes makes sure that children learn their lessons (drink their milk…etc) without boring anyone to death with clichéd story resolutions.

There is something that needs to be mentioned, even if it’s not directly related to the series (or maybe it is since it concerns the novel they are based upon)…

Many readers left a negative rating of the novel at Goodreads (a website where people share their takes on novels), mainly because of some of the themes addressed: naked women, girlie magazines and, God forbid, a smoking episode!

I don’t know where the people who left those comments grew up, or who they are trying to convince about their own perfect childhoods, but I fail to understand their point. I will furthermore state that I find the narrative of My Friend Percy’s Magical Gym Shoes perfectly suitable for all ages.

Author’s Note: Interestingly enough, Ulf Stark, the author of the novel (and who is also the prototype of the Ulf of the movie) shared in a Writers Week Q & A, at the Wellington’s city libraries blog, that his novel is being rewritten in Russia because “You cannot write anything about sexuality for young people under 16 years.” 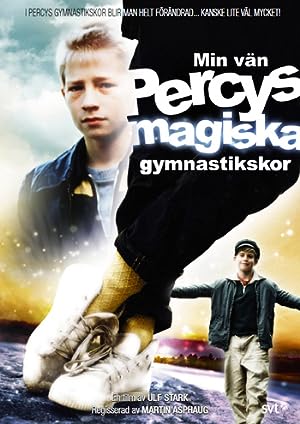 Min vän Percys magiska gymnastikskor (1994)
30 min|Family|01 Feb 1994
5.9Rating: 5.9 / 10 from 139 users
When the shy boy Ulf gets a new classmate, everything changes. Percy's sneakers are unlike any other. When he wears them, he can do whatever he wants. Ulf wants those shoes, then he could also be strong and brave.
Actors: Tobias Andersson, Camaron Silverek, Gustaf Skarsgård

Facebook
Twitter
WhatsApp
My Friend Percy's Magical Gym Shoes (1994)A Swedish Coming-of-Age film based on a youth novel by Ulf Stark that will be enjoyed by younger viewers and grown-ups will find heartwarming and touching.
TheSKyKid.comYoung talent in the movies and the arts