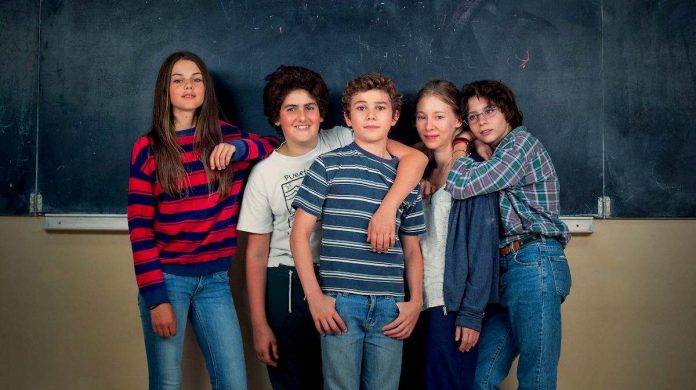 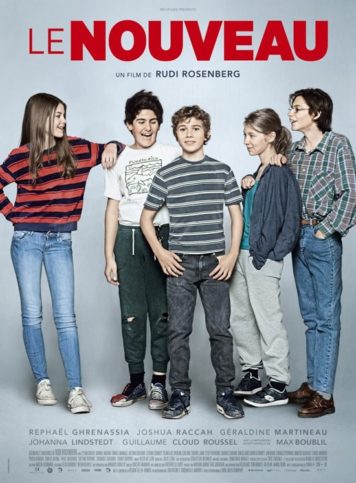 A must-see! Yes, it is unconventional to open a film review with its conclusion, but the final credits just rolled, and I have a big smile on my face and can’t wait to tell you about Rudi Rosenberg‘s The New Kid (Original title: Le nouveau).

The New Kid is a Coming-of-Age flick that delivers the right doses of comedy and drama to engage and entertain. I can only come up with a few recent titles that bring so much enjoyment. Among them: Sing Street, the Russian flick 14+, Simon Says Goodbye To His Foreskin and Age of Summerhood. The New Kid combines some of the best features of all those titles – great cast, a fantastic score, accurate portrayal of teenage life and an engaging and original story.

As you may have guessed from its title, The New Kid relates the story of a young boy, Benoit (Réphaël Ghrenassia), who has recently moved to Paris and is trying to fit in at his new school. The bullies are there, the misfits too, but most importantly, Johanna (Johanna Lindstedt) is a member of his class – a beautiful Swedish girl who is a newcomer herself.

The popularity contest always on, the first heartthrobs, friendships, teenage awkwardness and all – it doesn’t take long for things to get complicated for Benoit. Whoever said that adolescent life is easy?!? 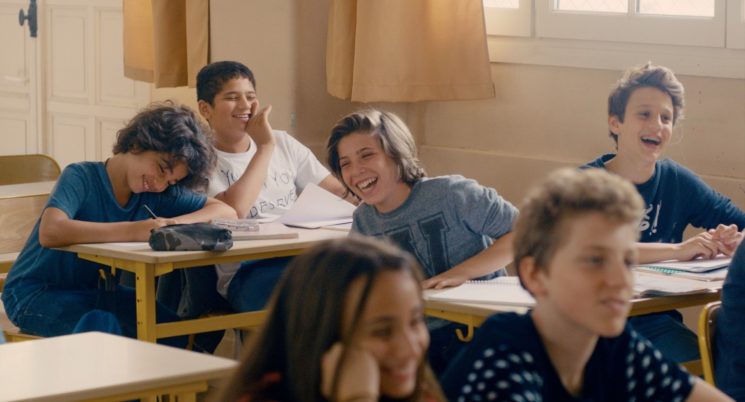 Even though Réphaël Ghrenassia has the lead role, all the characters are unique and played convincingly by the young actors who portray them. To list all the names of the actors who gave great performances in the film would take too long. But it’s ensemble acting at its best, and the casting could not have been better. The high school slang used throughout the movie makes the characters so much more believable. The whole film will be hugely enjoyable for audiences of ages similar to the characters on screen, who will likely see themselves in one scene or another. 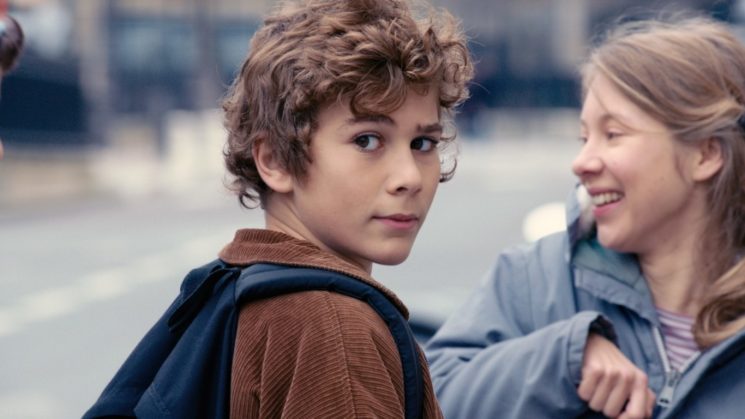 As for older audiences, the nostalgic value runs high and, having seen the film, I have only one question: Who do I have to kill to get back to that time of life? Just kidding, but on a serious note, I have been there – and who hasn’t – in love with a beautiful girl (Russian rather than Swedish in my case, though), trying to fit in, goofing around…in short, the story will take you back in time.

Wicked, adorable and enjoyable – The New Kid is the best French Coming-of-Age film I have seen and, YES, you must watch it! 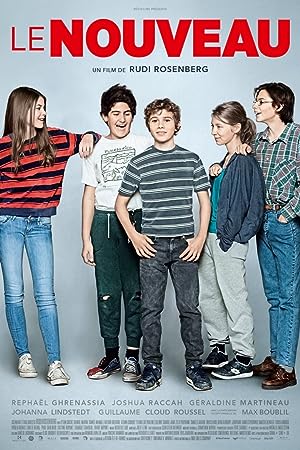 The New Kid (2015)
81 min|Comedy|13 Jul 2020
6.7Rating: 6.7 / 10 from 1,410 users
Benoit, the new kid at school, is bullied by a gang of arrogant boys. Determined not to be pushed around, Benoit organizes a big party, but only three students turn up. What if this bunch of losers was to be the best gang ever?
Director: Rudi Rosenberg
Creator: Igor Gotesman, Bruno Muschio, Rudi Rosenberg
Actors: Réphaël Ghrenassia, Joshua Raccah, Géraldine Martineau

The film is with original French audio, but English subtitles are available. 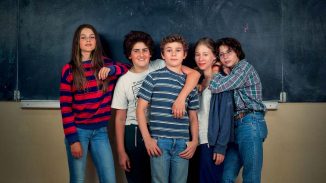 The New Kid (2015)
Conclusión
The New Kid is a Coming-of-Age flick which delivers the right doses of comedy and drama to engage and entertain - the best French Coming-of-Age film I have seen. A MUST SEE!
Character/Acting
Score/Soundtrack
Cinematography
Storyline/Screenplay
Production
Direction
Reader Rating0 Votes
5
Our rating
Previous articleAloud (2016)
Next articleLast Summer (2018)

Facebook
Twitter
WhatsApp
The New Kid is a Coming-of-Age flick which delivers the right doses of comedy and drama to engage and entertain - the best French Coming-of-Age film I have seen. A MUST SEE!GeorgiThe New Kid (2015)
TheSKyKid.comYoung talent in the movies and the arts